Flexible workspaces are not a new concept. Amidst the rising tide of Millennial and Generation Z (Gen Z) recruits in different industries, dynamic workspaces and flexible schedules are amongst the minimum requirements for employers by employees. Cubicles are becoming things of the past. The traditional 9 a.m. to 5 p.m. schedule is often disputed.

Understandably, the office place is merely a part of the overall work environment. Other factors like the employer-employee relationship and the compensation are integral factors to consider as well. However, we take what little wins we can. Considering the actual place where you will spend most of your productive waking hours is key to maintain sanity. Most millennials value self-worth. Newer companies try to market themselves more as upbeat and hip firms to lure in the Millennial and Gen Z work market.

During the industrial revolution, where textile manufacturing was the leading industry, normal factories consisting of laborers had their workspaces designed and sewn in a large and open building. Laborers were alongside each other. They could see other people while they work, and they can easily communicate and collaborate with others.

In the 1960s, to increase productivity, cubicles were invented. Designer Robert Propst, with his own preferences, thought that employees would be happier when different surfaces were available for work. Valuing individuality and focus over spaciousness, the boxed-in desks were eventually implemented in American offices. Office furniture also contributed to large tax write-offs for most companies. The original cubicle designs were originally thought to be economical and space-saving. It must be noted that the designer ended up disliking his own invention.

Ever since the dawn of man, people have always preferred cooperation in work. In due course, the cubicle was viewed to be unnatural and restrictive. The movement to proactively change the workspace from the cubicle was highly publicized in 1971 by IBM. People worked anywhere convenient and beside anyone within the office space. Unfortunately, the appeal of shared working spaces did not gain traction until the turn of the century.

The trend of maintaining a coworking space became popular again in 2002 when two businessmen set up a center where creatives can collaborate and work with their peers away from their home. Slowly, coworking spaces popped up around the world across various industries.

The hip playground type of working space became popular when Google Headquarters was renovated to cater to the younger generation. Fixtures such as slides were installed across the office. It became visible that a progressive company employing the younger generation had to adjust to what can only be seen as an attractive and healthy work environment. According to Google’s employees, the environment became less stressful.

It then became the trend for many startup companies to set their office up in that manner. In a creative agency, where flexibility is expected, the shift was easy. Startup fashion firms and other IT companies followed suit. To maintain a hip, casual, and modern environment, it became important for firms to adjust according to what they preferred. It became a showing that the companies and firms cared about their workers.

As more people get retired, the work market became saturated with millennials. Growing up surrounded by technology, it is ironic that the newer generations value the balance between life and work more than the previous ones. Amidst the cellular phone and the laptop, millennials developed a longing to connect more personally. According to studies, millennial job candidates also value their impact inside work and outside of it. To foster great relationships with other people, it became important to be in an environment where you can easily access and communicate with other people. The prison-like system of the cubicles became frowned upon by the newer generations.

Newer generations are also much more adaptable when it comes to technological advances. Desktop computers became too restrictive for movement. With the dawn of Wi-Fi, laptops became the weapon of the mobile worker.

Ultimately, it also became economical to maintain a shared co-working space. The need to acquire cubicles became obsolete. Lighting became easier and more aesthetically pleasing for the normal person. The modern working space became a flexible and multi-purpose center that can be converted anytime for any activity.

To conclude, dynamic working spaces are not going away anytime soon. In a world where the young generation value a full life rather than a career-driven one, the company bigwigs have to adjust to this kind of perspective. This outlook became even more highlighted during the pandemic. Now that people are kept in their homes, connection, and communication with other people became more significant and vital.

Meta Title: How The Office Changed To Cater To The Young Generation

Meta Description: Flexible and dynamic workspaces have returned. Companies are starting to adjust to the concept of dynamic workspace. Together, we explore the benefits of making the shift to a much more open and modern office millennials love. 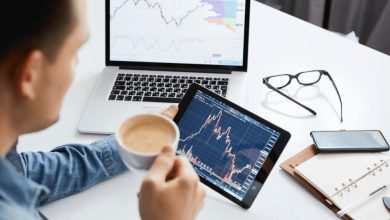 What are the buy side and sell side in the stock market? 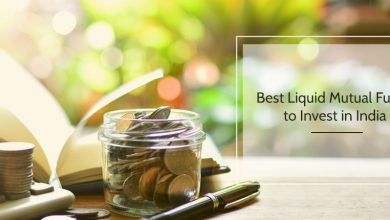 How to select the best liquid funds to invest in India?

Where To Invest Money Online – Great Places To Invest!