In the past two decades, the world has undergone a technological advancement that has reshaped the entire infrastructure of developed countries. One such development is the public transportation system, especially trains and buses. Where once commuters had to stand in long queues to secure their tickets, that is no longer the case with the introduction of a ticketing system known as account-based ticketing.

Account-based ticketing allows people to pay for their fares via tapping or scanning a token (e.g. MetroCard) and go about their days without worrying about the long wait that is inevitable at public transport stations especially during rush hours. The system calculates the fares of each passenger based on the number of taps. The flexibility of not purchasing tickets beforehand that comes with this type of ticketing system is just one of the benefits. Listed below are some more ways account-based ticketing makes the lives of public transport users easier.

With the automated fare collection system, passengers can just tap or scan their tokens- this could be a smart card that is issued by the transport providers e.g. MetroCards. Additionally, they can also pay with their credit/debit cards that they already have on them. Account-based ticketing also provides people with the option to scan mobile barcodes as a substitute for tokens. There are multiple fare payment options to choose from, depending on the ease and convenience of passengers and their personal preferences.

Perhaps the most notable advantage of this type of ticketing system is that it is quite convenient in terms of time-efficiency. Passengers who have to commute back and forth are familiar with the struggle that accompanies rush hours. Instead of lining up in long queues to purchase paper tickets, account-based ticketing allows them to just tap their tokens and go on with their days. The rest of the legwork is done through an automated system.

A major benefit for transport providers is the payment information they receive in real-time. As soon as passengers tap/scan their tokens, it shows up in the system instantaneously. This makes it easier for the operators to collect and analyze the data and successfully keep track of multiple fare payments. Not only that- this also prevents potential fare evasion as the payment information shows up right after the passenger has paid.

With the introduction and adoption of an account-based ticketing system almost everywhere in the developed countries, there is no longer the need for manned ticket booths/machines. This reduces the operational costs of maintaining the paper-based ticket machines that are prone to malfunction as well as the overhead labor costs of hiring employees involved in this. The saved amount can then be invested in further enhancing customer experiences.

Although there are transport providers that still use the traditional ticket machines/booths to issue transport tickets, the system of account-based ticketing is increasingly being adopted all around the world. 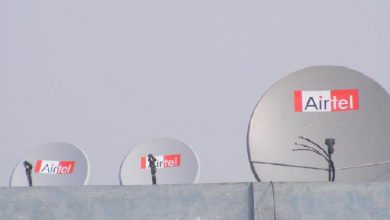